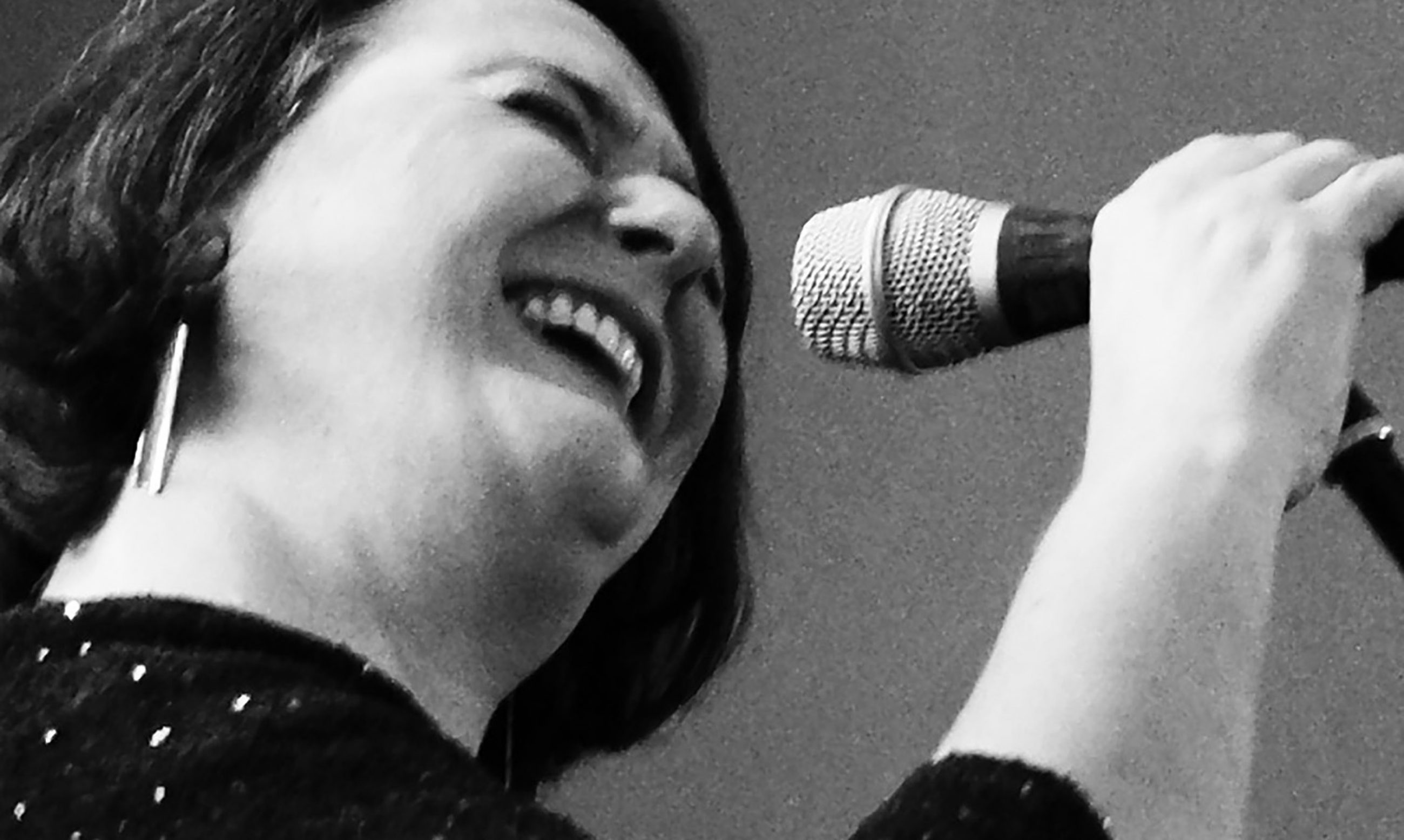 German-born vocalist Konni Deppe was trained at the prestigious Guildhall School of Music & Drama in London and the Institute for Jazz in Weimar. She regularly performs abroad and in the UK, where she’s worked with musicians as diverse as trumpeter and composer Kenny Wheeler, pianists Simon Wallace and Marco Marconi and The Piccadilly Dance Orchestra.  Konni is a versatile and experienced singer.

She’s a versatile singer with impeccable diction, a warm clear timbre and a natural, direct musicality.

Konni’s repertoire takes in everything from early swing and jive, to the Great American Songbook, movie classics, French chansons and contemporary jazz.

She’s equally at home with a duo or a full big band, and has been singing at clubs and venues such as the Brandenburg Gate (Berlin, Germany), the Savoy Hotel, Somerset House and Madame Tussaud’s (all in London) and The Bear Club (Luton).

In 2007, she recorded an album with Andreas Hermeyer on accordion ‘All through the night’ is a lively and romantic collection of Hollywood film music from Charlie Chaplin to Cole Porter.

As a teacher and songwriter

An occasional songwriter, one of Konni’s songs made it into the Sing Up syllabus and was performed by Cleveland Watkiss at the Queen Elisabeth Hall on London’s Southbank.

Konni is an accomplished teacher and has worked as a workshop leader for The London Contemporary Dance School, Bedfordshire University, the London School of Economics and WAC. She regularly coaches vocalists at the German state-funded Landesjugenjazzorchester Sachsen-Anhalt.

CD – All Through The Night – movie classics with accordionist Andreas Hermeyer. Buy CD

Le Swing Electrique at The Prince of Greenwich, London, 2019